Women empowerment is not a cookie cutter phrase. It’s real work. It’s a celebration of who we are, what we accomplish, and overcome on a daily basis. 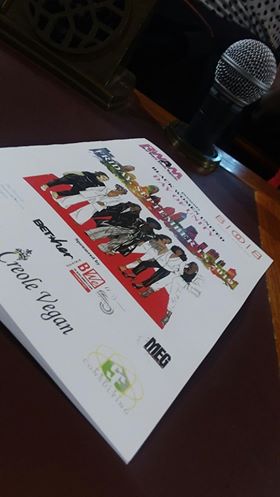 I was reminded of all of that this past weekend after attending “Black Women United Day of Unity” in Atlanta, Georgia. Before attending the day’s festivities, I started incorporating the hashtag, #WomenSupportingWomen as a way to acknowledge the work women are doing in and around the Charleston, SC area in which I reside. I also make it a point to acknowledge those who may not be in close proximity as a show of solidarity and support.

It was only right that I was told about this incredible event from an equally incredible woman, who also happens to be my sorority sister: Davida Roach. Davida is the owner of Hair Bakery Boutique LLC, Dear Deanndra, and the creator behind her new blog, Davida’s Diary.  She is the epitome of a true girl boss.

The event took place inside of the Georgia State Capitol. Upon walking in, we both couldn’t help but to really take everything in. The fact that we were attending this important event inside of an important space where laws are created and talked about, and important people dwell, to just seeing so many brown women in one space, in their best attire, ready to take in any messages received. I didn’t quite know what to expect, because I didn’t know that I would be there. But there was so much confirmation in the messages spoken.

For starters, Glenda Williams of MEG Enterprises says ” I recognize what it took to protect yourself, especially as a Black woman.” It went hand in hand with universal messages of sisterhood, and caring for others , and being honest about your personal journey. She encouraged everyone in the room to “rise above hurt, understand healing, and what it takes to push beyond the odds.”

Imani Baskins, who moderated the event, made a powerful statement on vulnerability. She says,” Vulnerability is our super power. Sometimes, what looks like a flood is a cleansing.”

As a Black woman, I can honestly say that it is very hard to stand firm in being vulnerable. Simply because there is a lot to take on in my own day to day life that requires me to be strong, and to carry the weight of it all in order to simply survive. It’s HARD. But vulnerability is like a doorknob. You have the control over how much the door opens, and what you let in or out. The power is in the capacity in which you give. But you can’t afford to not give anything if it only holds you back. We can’t allow ourselves to give in to fear.

Renee Peoples, of The Peoples Network says, “You have to find that happy place within yourself that you can go to, that no one can tamper, despite all of the voices in your head.”  And on the same note of allowing ourselves the energy to be selfish with our emotions and protecting of that energy, Glenda Williams says, “As we grow and build, sometimes we leave ourselves out.”

In that moment – over a dozen women chose not to leave themselves out of healing. Everyone came for something. Whether it was shared with a fellow woman there, or kept quietly tucked away in their minds for them to hold, women were being fed what they needed to take home with them and really get things going.

I know because I was one of those women in the room. Taking notes. Physically and internally. Intently listening to what each woman on that panel had to say. The energy around me was filled to the brim with emotion. As a Black woman, I don’t often talk about my experiences with being a Black woman in this world. I don’t always get the chance to talk openly about my experiences and what they mean for me as I continue growing into womanhood. Being in a space where that didn’t really matter at all – but in fact was embraced, was just the medicine I needed to recover from past traumas of self-censoring for the appeasement of others.

I was lovingly criticized.

And with this simple hashtag, I want women to feel the same. As I continue to do more with my own works, I hope that everything I do has an underlying foundation of women empowerment – and not just the sister circle of, “Yass Queen!” and “Black Girl Magic”, but real hard conversations, centering moments of clarity, and collaboration without competition.